Science in Action, Bioblitz, and other updates!

We have had a busy September!  We had a booth at the museum's annual Science in Action Day.  We spent a Sunday afternoon at the museum where patrons could bring in objects or specimens for identification.  We brought a nice selection of local invertebrates for public education and I think it turned out very well.  We had a great reaction to the live inverts!  Here are some pictures from the event: 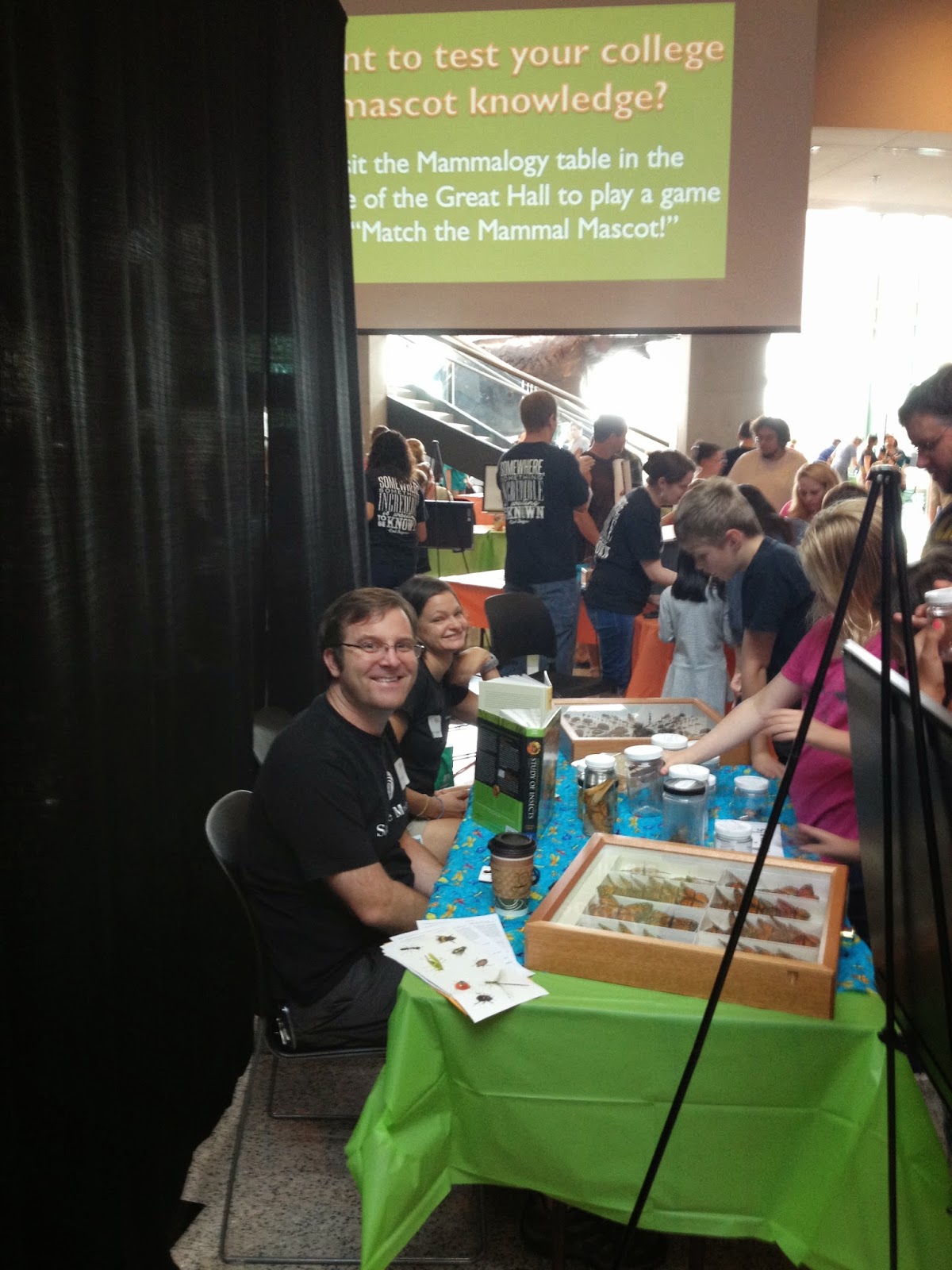 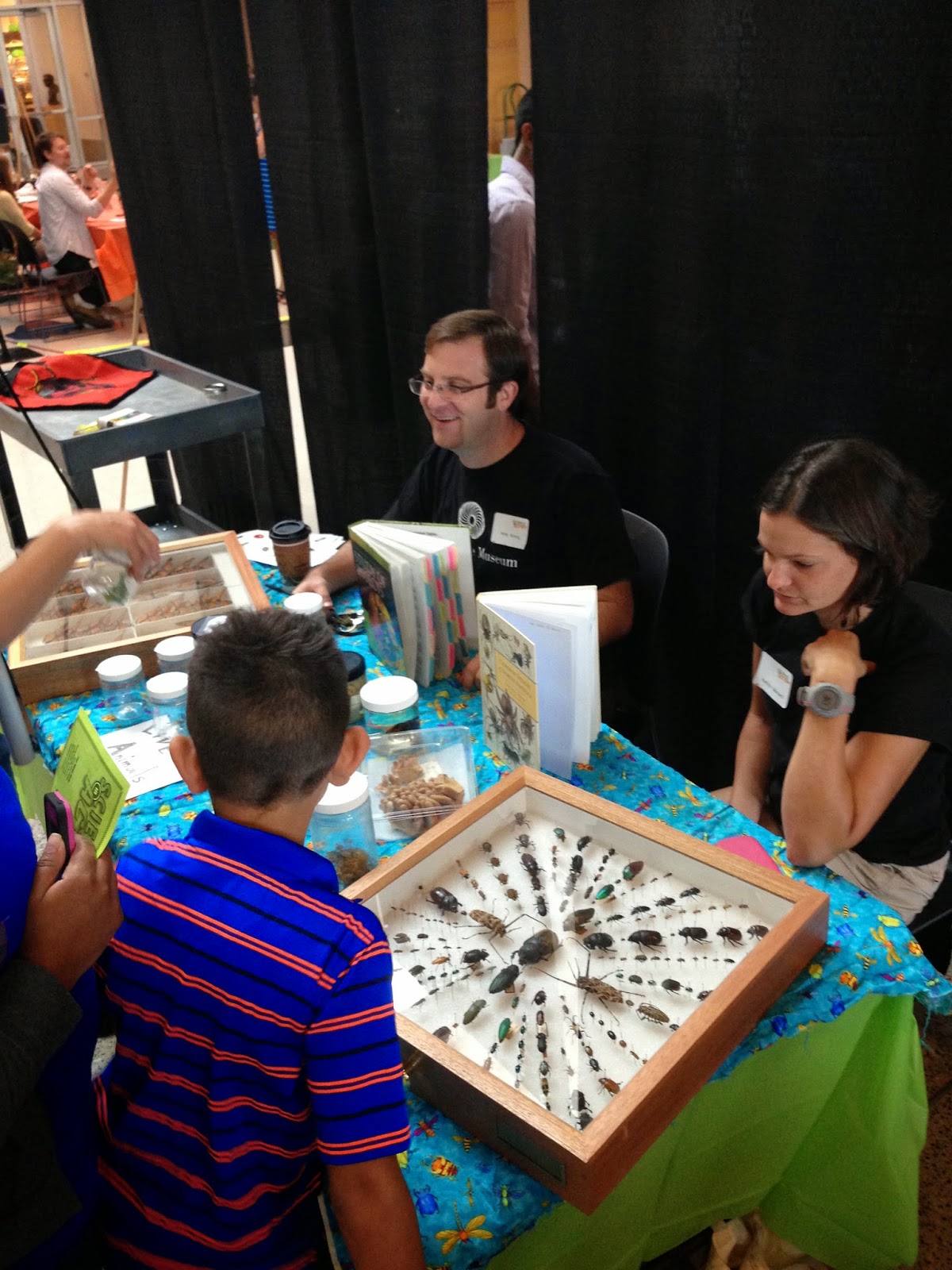 The weekend after Science in Action, we went to Black Kettle National Forest for Bioblitz.  If you aren't familiar with a Bioblitz, basically a group of scientists and citizens go to a location and spend 24 hours identifying as many organisms as possible.  663 plants, algae, diatoms, bugs, birds, mammals, herps, ect were identified during this years bioblitz!  317 of those were terrestrial invertebrates, so we were very busy the whole time. 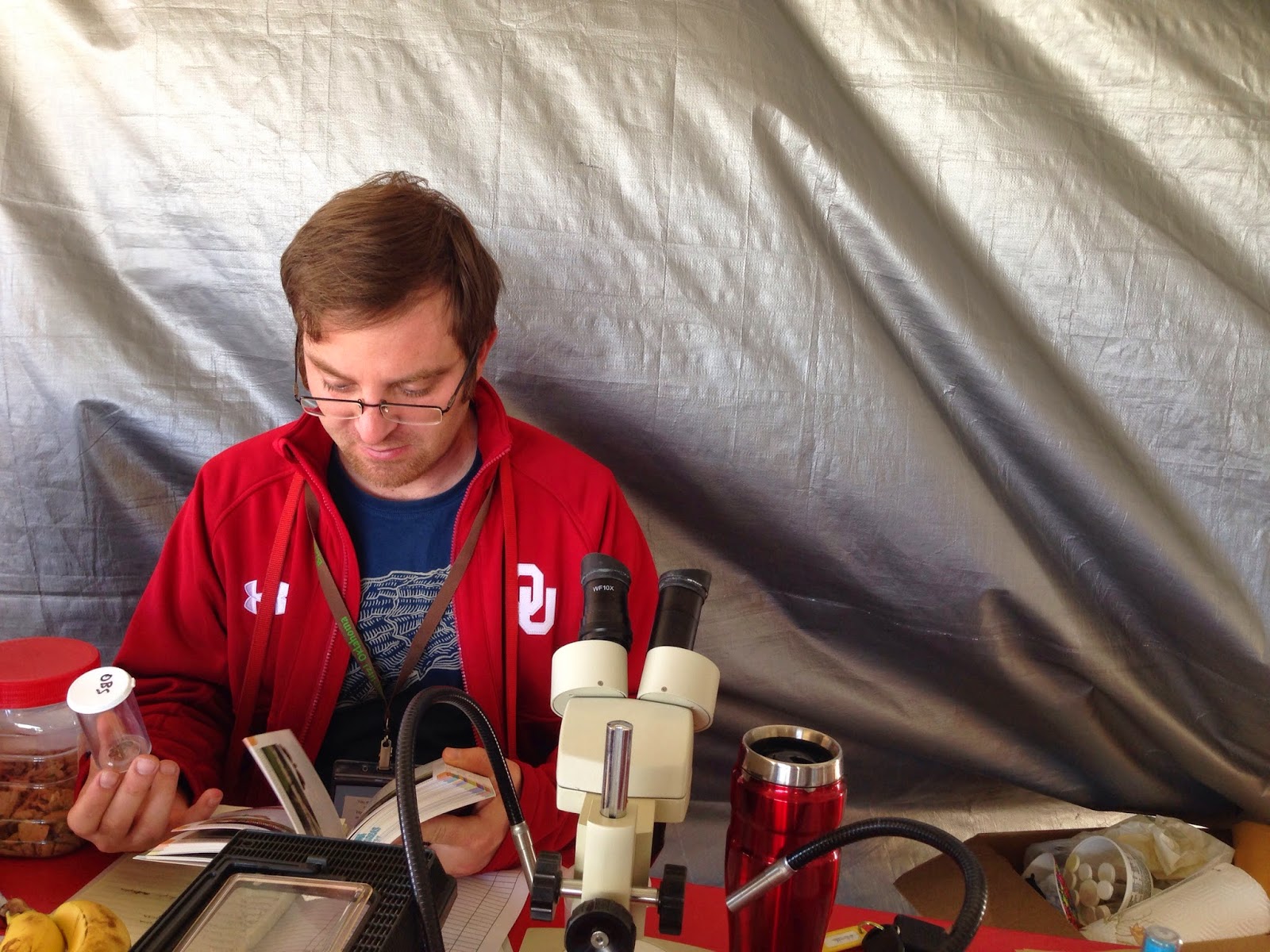 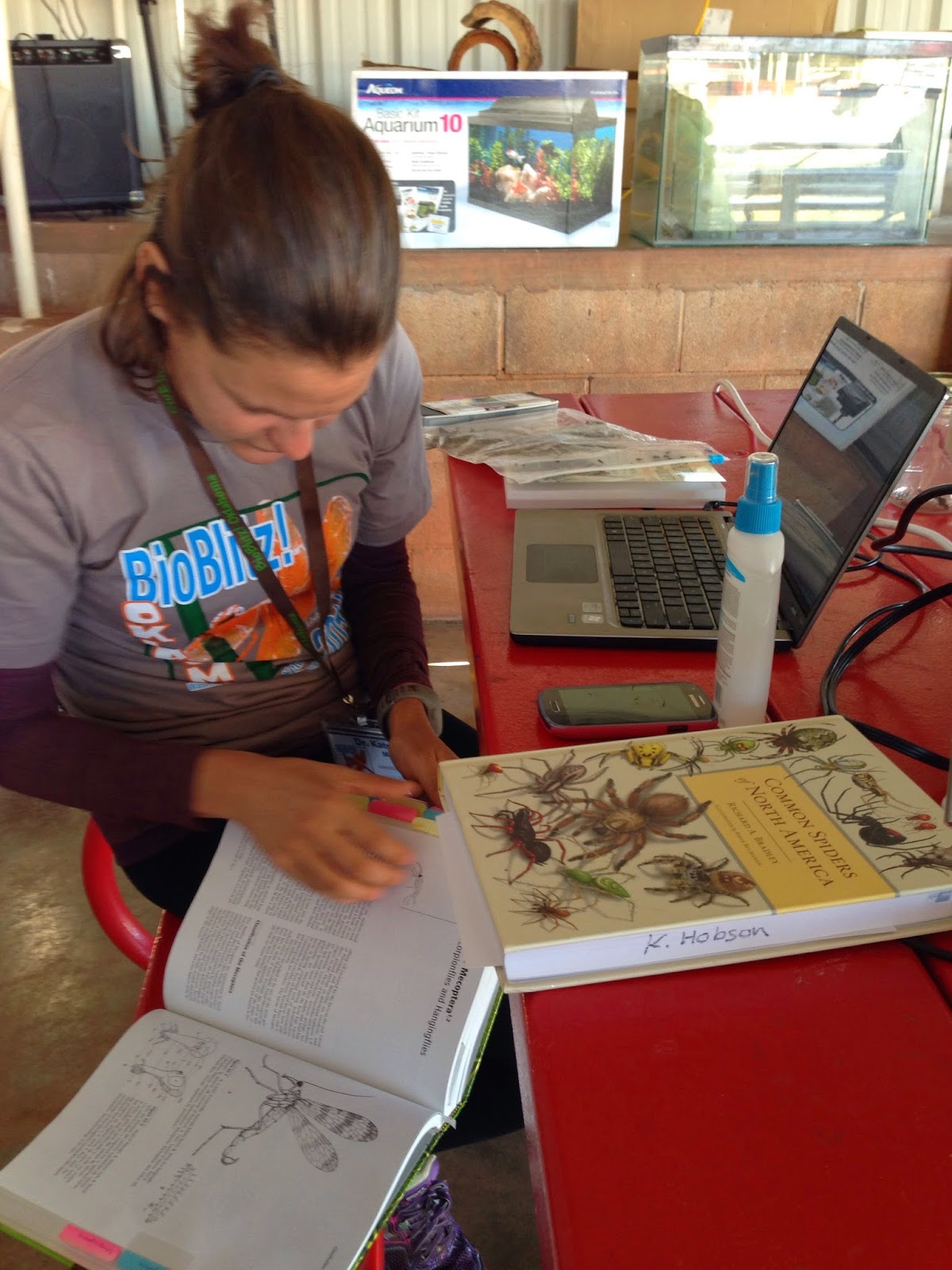 These bioblitz activities are a lot of fun and help build lists of the species found in Oklahoma.  The site changes each year, so this is a great way to update distribution records and update species maps.  There were a half-dozen or so new county records from this year's bioblitz.  Here is a picture of a Blue-eyed Darner - this specimen is the first documented record of this species in the county! 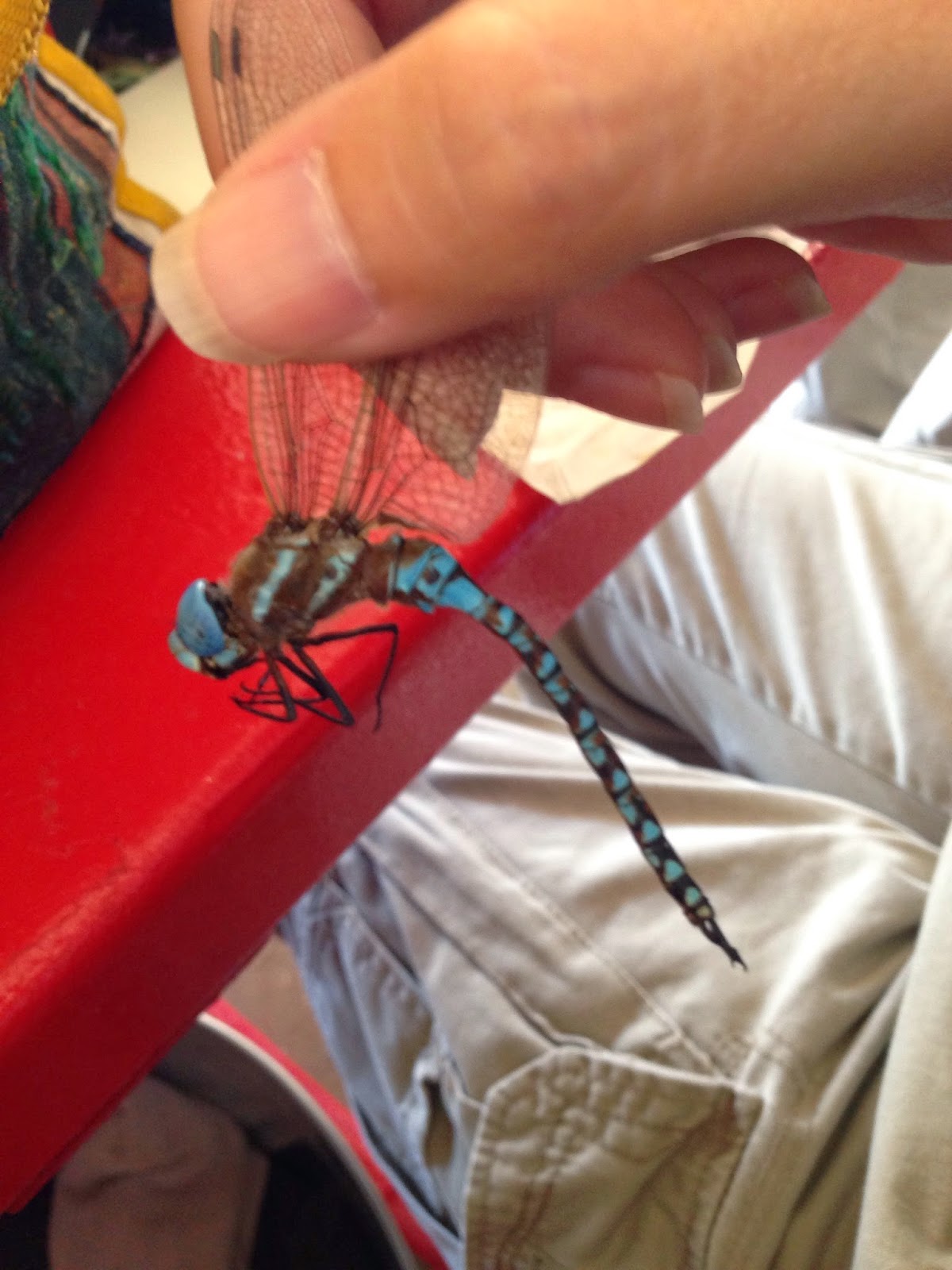 We also have a new volunteer with us, Simon.  Simon has already become a big help with our cataloging efforts.  We cataloged 1,038 specimens in September!!!! Woo Hoo!

Have a good day,
Andy

Posted by Andy Boring at 8:34 AM No comments: