Firefly premiered in the U.S. on the Fox network on September 20, 2002. Firefly was only on for one season with 14 episodes and one movie, Serenity.  The show takes its name from the "Firefly-class" spaceship, Serenity, which the central characters called their home.  The series is set in the year 2517, after the arrival of humans in a new star system, and follows the adventures of the renegade crew of Serenity. Nine characters lived on Serenity; nine people looked into the blackness of space and saw nine different things.

The ship resembles a firefly in general arrangement, and the tail section lights up during acceleration.  The main method of propulsion for the ship was developed from the idea of using a fusion explosion behind the ship to propel it at greater speeds than normal. This justified causing the ship's tail to glow like a firefly before the explosion caused the ship to rocket away. 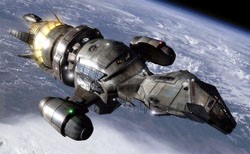 It’s been 10 years since Captain Mal and his crew flew off our screens for the last time. Even after almost a decade, Browncoats still turn out in droves for cons and events getting pictures of the crew, and autographs with their favorite quotes:

Mal: Now you can luxuriate in a nice jail cell, but if your hand touches metal, I swear by my pretty floral bonnet I will end you.
Wash: "Man walks down the street in a hat like that, you know he's not afraid of anything ... "

Are you a fan of Firefly or perhaps a fan of the Firefly beetle? Fireflies or Lighting Bugs are not really flies, they are not true bugs either. Fireflies are actually beetles that produce light. Some firefly larvae can glow, too. This is why people call them glowworms. Of course, they are not worms at all.

Do you remember, when, you would look out over the back yard and see trees and bushes twinkling with little yellowish lights?  Did you gently capture a Firefly and hold it in your cupped hands, and watch the glow?   Look out over your back yard tonight, do you see any of those twinkling lights?  Like the caboose on the end of a train, these lights are difficult to find.

Like Fourth-of-July fireworks, cool swims on hot days, and lazy vacations, fireflies are a sign of summer. But there are signs our kids may not grow up with the same firefly memories we had. That's because fireflies are disappearing from marshes, fields and forests all over the country—and all over the world. And if it continues, fireflies may fade forever, leaving our summer nights a little darker and less magical.

Why Are Fireflies Disappearing?

Nobody knows for sure. But most researchers blame two main factors: development and light pollution.

The problem is that in America and throughout the world, our open fields and forests are being paved over, and our waterways are seeing more development and noisy boat traffic. As their habitat disappears under housing and commercial developments, firefly numbers dwindle.  Pollution and increased use of pesticides may also contribute to destroying firefly habitat and natural prey.

Where fireflies once had uninterrupted forests and fields to live and mate, homes with landscaped lawns and lots of exterior lights are taking over. The reduction of habitat and the increase in lighting at night may all be contributing to make fireflies rarer. Scientists have observed that synchronous fireflies get out of synch for a few minutes after a car's headlights pass. Light from homes, cars, stores, and streetlights may all make it difficult for fireflies to signal each other during mating—meaning fewer firefly larvae are born next season.

Fireflies are fascinating creatures that light up our nights and bring a sense of magic and mystery to our environment. If they disappear, it will be a great loss to habitats and generations of people all over the world. 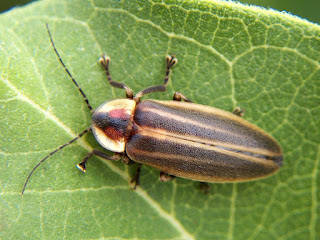 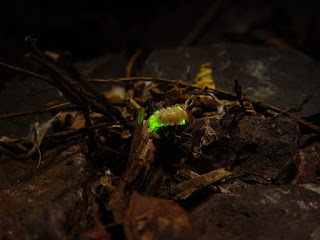 Interesting and fun facts about fireflies:  An adult firefly lives only long enough to mate and lay eggs. They communicate and talk to each other with light. Fireflies don't make tasty prey. When attacked, fireflies shed drops of blood in a process known as “reflex bleeding.” The blood contains chemicals that taste bitter and can be poisonous to some animals. Because of this, many animals learn to avoid eating fireflies. Pet owners should never feed fireflies to lizards, snakes and other reptilian pets.

You can help bring fireflies and other threatened species back to your neighborhood by certifying your yard as a wildlife habitat. This certification is given through the National Wildlife Federation, and certain requirements must be met:  A food source such as native plants and flowers, water source of a pond or pool and even a birdbath, habitat such as tall grasses or shrubs which fireflies prefer, undergrowth for the nursery spaces, provide an area in your yard that will encourage a food source of worms and slugs that live under logs and forest litter. 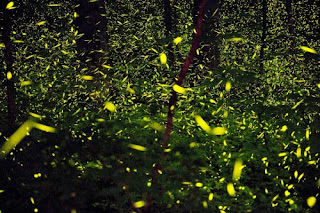 If turning over your yard to a wildlife habitat is a bit too much, just take some small steps to help our insect and bird populations.  Try not to use chemical fertilizers or pesticides. Keep your property hospitable to fireflies as well as other creatures by using natural pesticides and fertilizers. While many people consider bugs and slugs to be pests, they're also food for many other species—and allowing them to grow in your yard can bring back other wildlife, including fireflies. 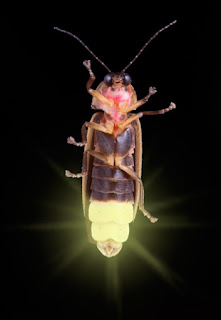 There's no question development has a negative impact on fireflies and other wild species populations. Make your property friendly to wildlife, and you'll be doing your part to encourage them to make a comeback. Check out the National Wildlife Federation website for more information:   http://www.nwf.org

In the meantime, stay shiny.


Image Citations and Fair Use Rational

http://en.wikipedia.org/wiki/File:Serenityship.jpg
Fair use rational: This image is used in discussion to illustrate how the firefly class ship in the "Firefly" series, resembles a real life firefly.

Posted by Unknown at 8:22 AM No comments: